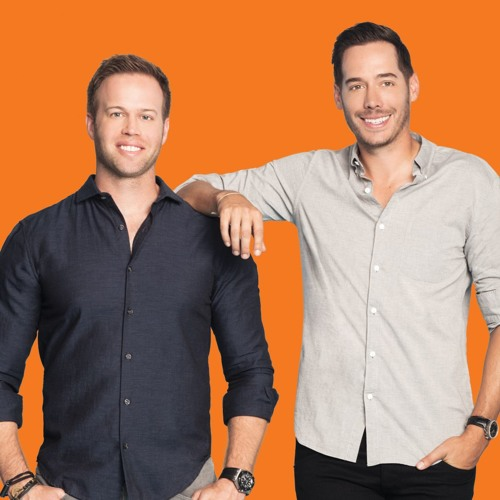 Courtney Reum is the co-founder of M13, a brand development and investment company committed to “accelerating businesses at the nexus of consumer products, technology, and media.” Reum was formerly an investment banker at Goldman Sachs and has been on the Forbes 30 Under 30 list. His company has been on Inc’s 500 fastest-growing private companies in America and he was featured in Richard Branson’s best-selling book “Screw Business as Usual.”

Who is Courtney Reum?

In addition to the aforementioned accolades, he was labeled one of the Goldman Sachs Builders + Innovators 100 Most Intriguing Entrepreneurs and founded Veeve, an organic alcohol company, which sold to Luxco in 2016.

Courtney Reum is no stranger to the successful startup community. During his time working at Goldman Sachs, he launched Under Armour and Vitamin Water among other brands. During that time, he noticed key market patterns and saw how business was changing. Deciding to help other startups scale quickly, he and his brother Carter Reum founded M13 is the manifestation of that vision.

The name is significant because Messier 13 (or M13) is one of the brightest star clusters in the Northern sky. The cluster is made up of many stunning individual stars, but when those stars come together, they create something greater than the sum of its parts.

Today, M13 has worked with Pinterest, Lyft, Ring, Bonobos, SpaceX, and SnapChat to name a few. Courtney and Carter Reum wrote Shortcut Your Startup to share their experience with other founders. He says he and his brother are old enough to have some solid experience, yet young enough to have new insights into the way brands are made today.

1. Do what you do best, and outsource the rest.

To increase business it used to be necessary for successful product businesses to focus on complementary services they could cross-sell. It makes sense on paper, but from a leadership perspective, it makes growth challenging Reum explains. Today great competition can rise quickly and take your market share quickly, so it’s best to focus on your bread and butter, constantly becoming better at it.

Jack Welch at GE initially pioneered this idea. Reum explains staying focused on your core business is vital. This can even be applied to specific tasks or roles in your organization. There are a lot of CFO-for-hire businesses, for example, that enable organizations to effectively outsource the CFO office.

2. Get Into The Trenches

The idea of getting into the trenches comes up often on The Justin Brady Show for good reason. The idea of getting your hands dirty and knowing when the “data” isn’t enough, is an advantage successful entrepreneurs know how to dial in. Reum says the raw duct-tape / prototype approach is often ignored, but makes the difference between success.

Reum recounts a colleague who saw value in a company that he believed would be the Italian Chiptole of fast-casual. Before making the jump into the new business, however, he quit his at job Goldman Sachs to get further into the trenches. Lying on his resume, he got a job at Chipotle and after 3 months he had all the data he needed. He decided the concept wasn’t timed right, saving millions of dollars and lots of headaches.

Getting into the trenches is simple, but eludes most entrepreneurs—no one actually wants to do it. Many simply want to live in the data, read the research, and stay in their comfort zone. This entrepreneur was collecting more real-time data in the trenches than he ever could have reading reports. He was able to understand on a deep level, operational costs, customer demands, leadership breakdowns, habits, logistical challenges, and profit per store.

We all have advantages, the challenge is this: what we consider common, is uncommon amongst others. Because it’s hard to look outside yourself, many of us are unaware of our own “unfair advantages.” This lack of self-awareness makes us blind to our true edge.

It could be an asset, a connection, or a natural ability, but Reum explains we need to get outside ourselves. “It’s so personal” Reum explains. Do you have any advantages in manufacturing? Do you know an influencer? Do you have access to a particular asset like family land? Do you have certain natural abilities that others don’t have? Contrary to what many know-it-all leaders think, you do have unique natural skills. Identifying those could be your million dollar idea.

Ask those around you and buy Courtney Reums’ book Shortcut Your Startup. Also, take the Strengths Finder Assessment, which is why Paul Allen of Ancestry.com started SOAR.com—to unlock human potential.