She left her job as the President of Overstock.com to grow the Cannabis industry. 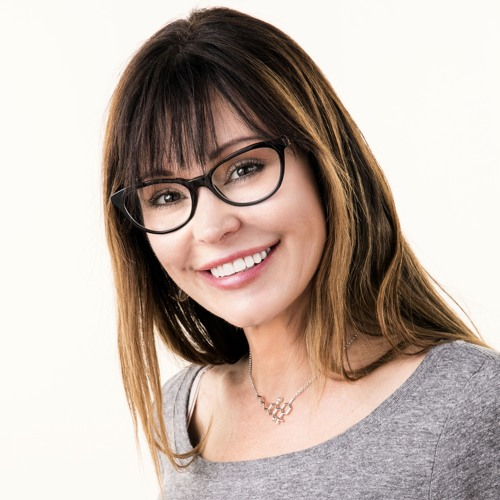 Stormy Simon is the former President of Overstock.com and former CEO of High Times. She began her career at Overstock.com as a temp without a college degree, ultimately working her way to the top of the company. When Simon joined in 2001, revenue was less than $20M and the company had under 100 employees. Under her leadership, the company became a top 25 “e-tailer” by traffic and grew to nearly $2B in revenue.

In July 2016, Simon stepped down as president of Overstock.com to pursue a career in the cannabis industry. Her team helps conduct workshops on how to get a grassroots movement going and how to build a business out of nothing – they are dedicated to education and awareness.

When she started at Overstock.com, Simon admits she didn’t fully understand e-commerce but her perspective grew the company anyway. She still loves the company, but in her role as President, she started to reflect on her life and the changes she wanted to make. After becoming a grandma (and word she still hates to use) and experiencing some major life changes, she decided she needed to make a change. Because she deeply believes in the medicinal properties of cannabis, she wanted to play a bigger part.

She watched how Overstock.com reformed shopping, and she sees the same trend developing in the cannabis industry. Previously viewed as a “controversial” substance, Simon explains there is a major entrepreneurial movement in cannabis. The same one she saw as Overstock.com grew into eCommerce.

The “Green Rush” In Cannabis

Simon sees cannabis as a 21st-century gold rush or what she calls a “green rush.” For now, it’s medicinal properties are the main focus, but cannabis is very much a blank canvas she explains. Simon points out one major turning point in the industry, will be when banks are finally allowed to work with cannabis companies—that’s when the real explosion will happen. Even without this support, the biggest challenge for entrepreneurs in the cannabis industry is where do I start?

For Simon, she has been consulting with many entrepreneurs, and she’s blown away by the sheer magnitude of the opportunity. Doctors, scientists, moms, chefs, and mental health advocates are all pressing for more products, and the industry is rushing to deliver on those needs. And the business opportunities are wide-ranging.

One woman, in her early 20s, started a cannabis calendar, canna-Calendar. Another woman is starting a review website on various cannabis products. Chefs are creating recipes with cannabis, and bartenders are adding CBD to their cocktails. But we tend to forget about all the complementary industries that can come out of cannabis legalization and expansion. Magazines, review websites, accessories, lounges, food services, and security services for transporting cannabis are just the beginning.

What advice to Simon have for entrepreneurs that want to get involved? She says you can bring the skills you already have because this is a major industry opportunity that will require all skills. Consider chefs, chemists, and obviously, marketers will be required.

In April, Simon ran for the Utah House of Representatives District 21 seat. Today, she still lends her services to female-owned start-ups and she is an Advisory Board Member for CannaKids, a parent-friendly cannabis oil company that helps cancer patients and those with a variety of diseases.