Scott Belsky is CPO of Adobe, author of The Messy Middle and knows what leaders are hiding. 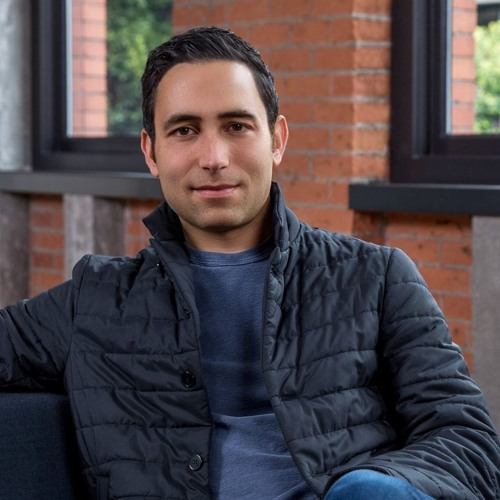 Failure To Acknowledge Mess, Hurts Everyone

Belsky explained that the world has become fascinated with the start and success stories, but often overlook the dark times in between. “I think it’s hard to face the tumultuous experiences and the struggle of our own doing. In truth, the volatility is full of stuff we’re not necessarily proud of” Belsky told me. “It’s a very difficult period to maneuver and the self-doubt is very personal and emotional.” Entrepreneurs, leaders and successful people also have a strange tendency to forget the stuff that made them who they are.

Their inability to discuss their mess does real damage. It disallows those that are just starting out in their journey from learning, and it also hurts other younger innovators as well. These individuals don’t fully understand the dark times, depression, anxiety, or in my case throwing up in the basement, are extremely normal and common. In fact, one major thing that separates success stories and failures is quite simple. “I believe the competitive advantage of any bold creative project or venture is, is just sticking together long enough to figure it out” Belsky said.

Scott Belsky Explains How To Endure The Messy Middle

He describes the tragedy of a team road-tripping across the country, but in a vehicle with blacked-out windows. The journey itself is important and hiding it from them, not helping them to see landscapes and monuments on the way can discourage and disorient them. Before hitting your goals, it’s important to keep in touch with team members, especially new members. I can relate.

For a client project, I had grown very discouraged at what I assumed were likely abysmal digital metrics. I didn’t have the full picture due to the client not wanting to give me data I had asked for, and the only part I could see was bad. Close to giving up and stopping the project altogether, I shared my frustration with a senior person in the company on a related topic and she immediately gave me access.

After logging in, I was stunned. Not only were my tactics working, but they were working far better than I could have ever imagined. This led to processes that exceeded the performance of every other data set they had.

I was driving in windows with a blacked-out bus, but because I didn’t feel the road bumps or see the scenery, I had assumed I was getting nowhere. Once that paint peeled off the windows, I was invigorated. It’s a leader’s job to peel off that paint!

We always look for leaders with “passion,” even putting that wording in our LinkedIn profiles and public pitches. “I’m passionate about…” It’s nice, but it’s about empathy, explained Scott Belsky. He explained it’s rare because it’s difficult and can’t be scaled. You have to sit shoulder to shoulder and really spend the time with customers, employees, individuals. There is no data set or tool for building an empathetic culture.

Before You Add Anything, Do This First

Every company seems to struggle with making their product or company bulkier. They usually start with simplicity, then add complexity, even though their original users were attracted because of its simplicity. Customers then flock to something simple, and the cycle starts all over again.

Belsky writes extensively on how to keep things ultra-simple, even going as far to suggest we should remove something before we add. This echos previous guest Matthew E. May and his book The Laws of Subtraction.

If you enjoyed this interview with Scott Belsky, you will love these other interviews. Lisen Stromberg discusses overcoming her messy middle in the form of a career pause and Bryan Stockton, CEO of Mattel explains what happened when he was fired from his high profile job.