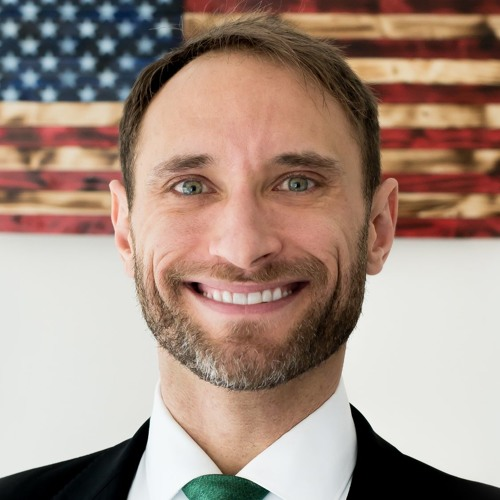 Nick Starling is a former Army Ranger responsible for protecting Diplomats in Iraq as a contracted Counter-Assassination Specialist for the U.S. Department of State. Today, he’s the world’s leading vertical farming economist and founder of Skyscraper Farm.

What Is Skyscraper Farm?

Skyscraper Farm is simply that, a farm in a skyscraper explains Nick Starling. It will also include a grocer on the ground floor and apartments or condos as well. People living in Skyscraper farm could order their produce right from their own building, expecting delivery through a vacuum tube, similar to a bank (but clean and sterile.)

This skyscraper farm is designed like an Archimedes screw coming out of the ground. It’s a tiered building and floors are spaced just enough to allow natural light to access the entire floor. Vegetables, fruits and other crops that need full sun are moved to the exterior of the building, and mushrooms, for example, are moved to the interior where there is less sunlight.

The entire building will be mixed-use, featuring condos, and even grocery on the main level, meaning patrons could enjoy farm to table produce in less than 5 hours.

So, how does he plan to water Skyscraper Farm? His plan calls for an aeroponic irrigation system that doesn’t require soil. Instead, the farmers will use growing mediums like vermiculite, canvas, cotton, hemp, or or new materials as they become cheaper or more readily available. The irrigation system provides the nutrients in the water and is extremely efficient, allowing the entire farm to use a lot less water than traditional farming.

Of all global farming, Starling tells me 40% of the world’s farming is wasted water. Skyscraper Farm overall uses 99% less water for farming than traditional farming. Not to mention pesticides aren’t needed. In theory, this should make indoor farming organic, but the USDA doesn’t consider aeroponic farming organic. Starling has been in discussions to change that definition.

Nick Starling and Skyscraper Farm finished their seed round in the summer of 2018 and are seeking 2.67 billion dollars to put 50 of these Skyscrapers throughout the countries.  Starling believes this model will revolutionize farming in the same way the combine did, dramatically increasing per farmer productivity.

Who Is Nick Starling?

Nick Starling was in one of the first 50 vehicles across the Iraq border in 2003 and was also the team leader into Baghdad during Operation Iraqi Freedom.

One of his roles during his deployment was to protect Ambassador John Negroponte during his visit. They became friends and Starling credits Negroponte for his success in the agriculture space.

You can learn more about Nick Starling at his official website.

Listen to my interview with Ryan Spong, the CEO of Foodee about sustainable catering, or the CMO of Chick-Fil-A, Steve Robinson.