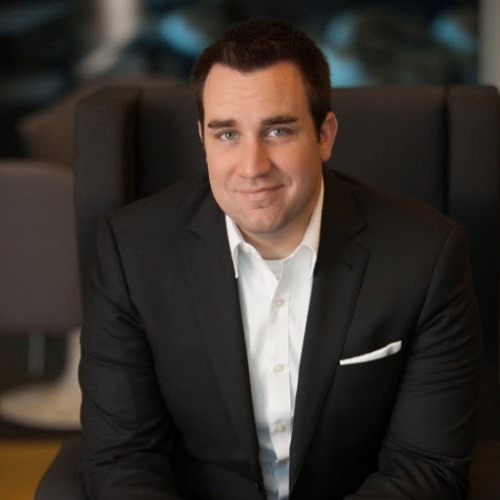 David Burkus is the author of many highly influential business books, and I asked him about what inspired Under New Management, which is a thorough examination of the best management practices in today’s top businesses.

It all started when Burkus was writing his first book The Myths of Creativity. He noticed there were quite a few influential companies that were managing their teams and employees in unexpected and non-traditional ways. Some ideas got poor results, while others saw unprecedented levels of innovation, productivity, and creativity. After sifting through these ideas, he decided to write a book detailing the best ideas, what leaders were doing to be successful and the mechanics of why it was working.

The management practices that made it into the book, Burkus believes represent the future of quality sustainable management, not just PR stunts, which we’ve all seen plenty of. Truly understanding these principles can help leaders understand what may be bogging down their own culture.

David Burkus is a smart guy, so I was very curious to understand what truly surprised him in researching this book. Although he didn’t experience any 180 degree turns, he certainly said there was at least a 170-degree turn. And that turn came in the form of salary transparency. Literally revealing to the entire organization, what everyone makes.

Its true standard policy in the USA is to hide salaries and not share them and while he had heard of transparent salaries, he hadn’t bought into the idea, thinking it would likely just lead to madness and insanity. But he was surprised by what he found.

Generally, companies don’t make salaries transparent in fear of starting up infighting or animosity. But Burkus said, in many companies, these are already issues, especially in promotions or salary. Making everything transparent simply removes the uncertainty and has unexpected results.

Consider what would actually happen when you find out salaries are unfair? Employees likely wouldn’t hate each other for what they make, instead, they would focus on the company that set those ground rules. It also solves the problem when people misrepresent their salaries. Someone who makes 45k a year, might tell people “I make around 50 and genuinely confuse other employees. But there is also a great component to transparent salaries for bosses.

Transparent Salaries Are Good For Management

When employees discover they have a lower salary than they deserve, they can come to management and ask why, giving management an opportunity to have a real discussion on productivity. If Hank in the office is making more than you for the same job, management may be able to explain that Hank puts up better results, and if you put up those same results you will get paid the same. Transparent salaries simply encourage better work ethic and frustrate lazy employees.

David Burkus gave an example of a developer that got the opportunity to sit on an interview panel for a new developer.  In that process somehow he discovered the person he was interviewing would actually be making more than him, even though he had more experience. This gave him the opportunity to go to managemnt and ask why, and they responded by giving him more money. There was no anger, no rumors, just a solution.

The company Buffer is also a great example for good that can happen when salaries are transparent. They use a certain formula to pay employees, and after they went to transparent salaries they were immediately criticized for the method, which revealed a massive gender pay gap, where women with more experience, were actually making less money. Buffer was able to explain the transparent pay system wasn’t the problem, it simply revealed the deeper issue, giving them an opportunity to fix what they never even considered to be a problem.

The caveat here, is that if you have an unequitable system and your compan doesn’t have a fair system, Burkus says you should probabyl fix your salary first.

Burkus says these days we don’t check email, it checks us, therefore he condones the idea of reducing or possibly removing email entirely. Volkswagon is an interesting example.

After 6pm and also on weekends, Volskwagon shuts off their email server preventing the sending / receiving of emails. If you happen to prefer to work later, you can still read and send emails after hours, but it won’t be received by anyone else. No one feels compelled to return communication if they can’t receive it.

Burkus says when he first started branding himself as a speaker, he got an email from a speaker bureau that was fairly prominent. They said they were interested in expanding their portfolio, asking him for a list of his topics and fee schedule. He got the email at 3pm, and began agonzinig over what was only a page in length, finally sending his reply. He never heard back.

It was a mindset change for him and he had to remind himself of one of the myths in his book, that people fail to recognize great ideas constantly. Even knowing this, Burkus tells me he still struggles often with people not accepting his ideas. So, if you struggle too, you’re in good company.

Don’t Be A Failure Hypocrite

Here’s Why Innovative Office Space Is A Waste of Time