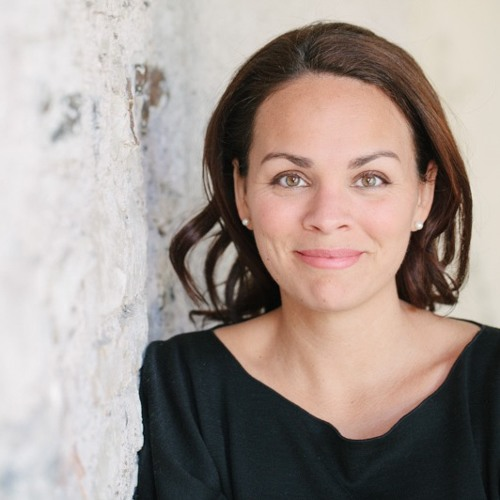 Cortney McDermott is author of Change Starts Within You and we spoke about STRESS! Right now in America, stress-levels are breaking records—and high-achieving millennial women make up a huge portion of the burned-out bunch. According to McDermott—a former executive at Vanity Fair—millennial women have become “miserably successful.”

McDermott had achieved a great level of success. She was a top executive, sitting on the corporate jet, with an espresso. She had it all figured out, but inside it was a completely different story. She was miserable. She realized she was following someone else’s script. “Sometimes rock bottom can look a lot like being at the top to everyone else.” She says.

The moment came when McDermott’s 2-year-old daughter took her Blackberry and locked her out. It was a public holiday in Italy and no one was working. No one from IT either. She couldn’t use the device she depended on, and after she freaked out, she realized her priorities were in the wrong place. But unlike before, when she’d just shove the emotions down, she examined them.

If you have accomplished goals and realize you aren’t’ fulfilled, McDermott explains, that’s your moment to “stop, drop, and breath.” Stop doing what is making you uncomfortable. Drop what you’re doing, turn off the cell phones and laptop. And take a moment to breathe and think. It doesn’t need to be overcomplicated, and you don’t have to meditate or do anything special. Just think. I’d add perhaps write down your feelings as well.

Comparisons Are Quite Dangerous

You don’t really know the successful people from the non-successful people. McDermott explains this is the “sin” of comparison. She understanding “sin” in this context as “to miss the mark.” She explains it would be bizarre if a single cell became jealous of another cell’s work, wanting to copy it. The body couldn’t accomplish anything. But that’s what we get caught on—that we would only be fulfilled if we copied someone else’s life.