Working with visionary leaders is a part of my job and I see diversity in the workplace through a different lens than most. I’ve been given the golden opportunity to interview dozens of high-profile leaders like Blake Irving, Howard Schultz, Avi Steinlauf, Dani Atkins and many others one on one regarding communications and creativity. I’ve also written extensively for great publications like HBR, WSJ and WaPo. What’s crystal clear to me is diversity’s effect on creativity.

In extremely simple terms, the human brain is able to solve more problems and overcome challenges depending on how many neurological pathways you can develop to different areas of the brain as was explained to me by Dr. W.R. Klemm, head of Neuroscience at Texas A&M University. Fine motor skill activities facilitated through cursive writing help develop pathways, and music education boosts neural pathways in a major way, which is why many experts want the arts added to STEM education, resulting in STEAM. In the same way, the brain thrives off connecting as many of its parts via increasingly diverse neural pathways, diversity in the workplace has a similar effect. 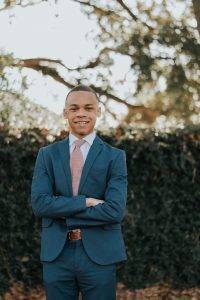 I had the opportunity to interview CJ Pearson. Pearson is a prominent figure who has amassed an impressive following on YouTube, Twitter, Facebook. He has also appeared on CNN, FoxNews, The Washington Post and he’s only a junior in high school.

As a young black man, go-getter, hard worker, self-described free thinker, and future employee, I asked what every business owners wants to know. What does he think diversity in the workplace should look like and what kind of work culture does he want to work in? Pearson’s not one to mince words, and at times he certainly ruffles feathers, but his response paints a vivid picture.

“When it comes to diversity, I think what you need is a diversity of experience and diversity in perspective, and I think diversity in race is just a box…what you need is diversity in mindset,” Pearson told me. “When you run a business and you’re trying to build an effective workforce — it’s by bringing people together from different places and different communities and having them all around the table. I don’t think race is necessarily the only way to do that.” Put simply, diversity in the workplace isn’t just skin deep. “I think it’s about… again, that socioeconomic status and place where you come from” Pearson explained.

His comments are fascinating because the conversation about diversity in the workplace often ends at skin color, and truthfully that’s small thinking. If your diversity initiative is merely the fulcrum of a human melanin scale, you’ve missed the point. “…my talents, skills, and achievements speak loud enough for me. I didn’t achieve what I did because I was black, I achieved it because I was capable.” Pearson told me.

While the life experience derived from black, white and brown skin is certainly of value, in the words of Pearson “diversity in race is just a box.” And as we know in the box thinking is the opposite of creative thought. We need to expand our thinking. Many overlook how practical diversity is and how much of a competitive edge diversity can bring.

Diversity In The Workplace Is Practical

People of different socioeconomic statuses and/or people of different cultures learning about customs, habits, and new language is a huge boost to creativity. When individuals from France and Egypt make a connection that could not have been made any other way, that’s a huge boost in your companies inventive spirit. Also when an ultra-rich executive checks his or her ego and learns from an ultra-poor intern fresh out of college, new products are born. This is a strikingly common theme echoed from leaders on my podcast.

I often tell clients if there isn’t tension in my discussions with them, something is wrong. This is because passionate people, with differing backgrounds, suggesting juxtaposed ideas causes tension. But great work cultures are able to embrace painful discussions without HR having to step in. It may sound messy, perhaps scary, but if you don’t like the sound of this, you don’t want true diversity in the workplace.

Diversity in the workplace is more practical than you can possibly realize and it will propel your company farther than you ever imagined. Only if you think outside the box, however, will you reap the benefits of the practical side of diversity.

How To Win At Corporate Storytelling

Why Do Politicians Focus Healthcare Attention On Insurance?

These scenarios show AI and Automation will boost...